This is a post in images and video of some of my most memorable experiences of 2014. I've limited this post to things that happened in Cincinnati (or nearby), which means I'm skipping some amazing stuff in other places. And of course, I don't get to everything—there's terrific stuff I don't see... 'cause out of town, or can't be two places at once, etc. Plus it's highly likely I've forgotten a few.

In no particular order....these are some memorable moments from 2014.

I wrote a whole blog post about this one....it's another event putting Cincinnati on the map with artists and music lovers. Another example of leading edge work from the Cincinnati Symphony team. Get your tix now for 2015.

These hand-painted signs appeared all around Over-the-Rhine on Valentine's Day. We hear that the School for Creative and Perfomring Arts made it happen.

Plus the PamTV series that accompanied the quilt reveal. Accessible and hilarious Intro to Art. 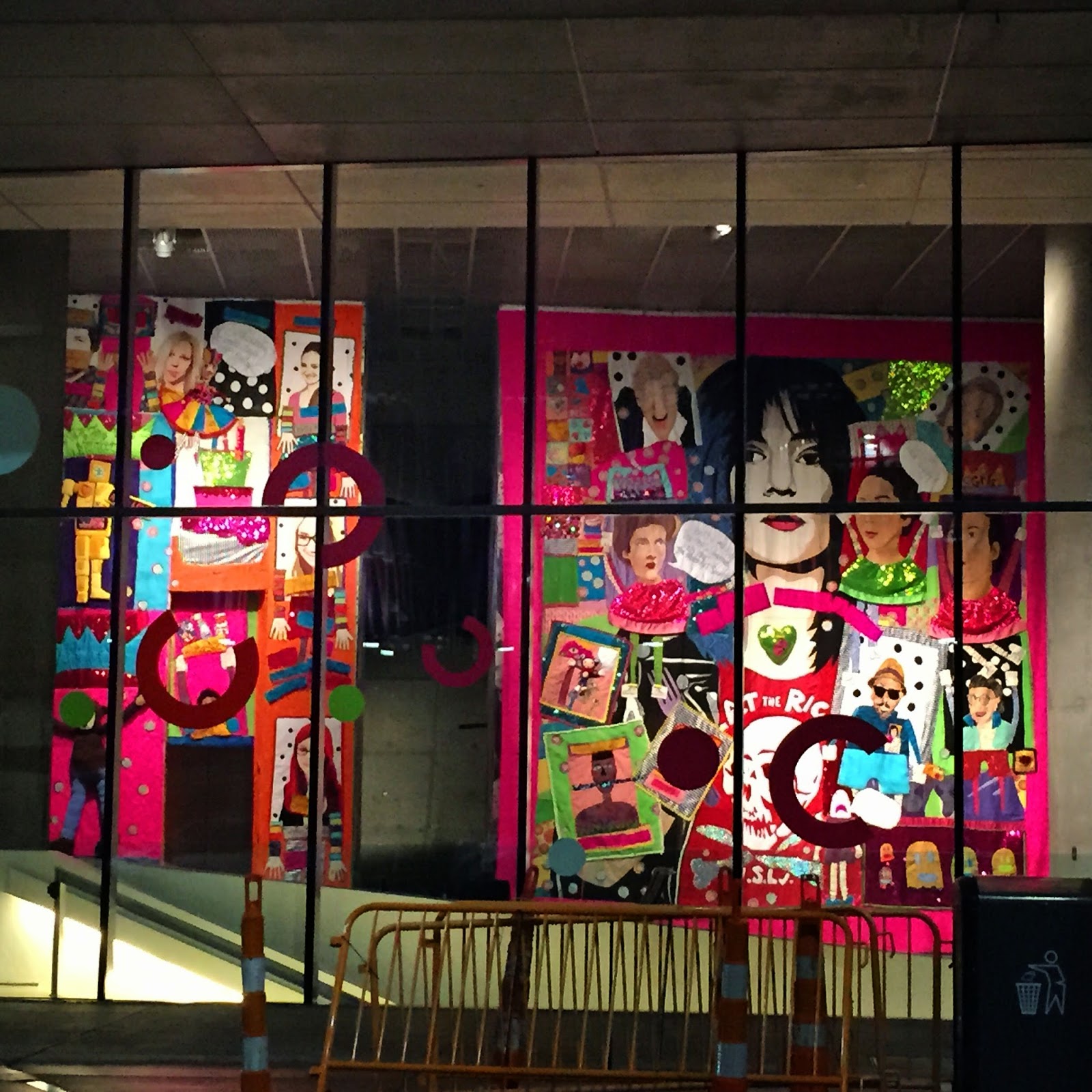 Cincinnati's diverse and eclectic creativity shown off in a parade that everyone is welcome to join through a matchless neighborhood of 19th century architecture. What's better than a silly parade to celebrate spring, beer, and Over-the-Rhine? Well, maybe a crazy 4th of July parade in Northside...but I didn't get to go this year.

The whole event was tremendous - from the ArtHub in Washington Park with real people FotoGrams featured 24 hours a day, to the temporary galleries around Over-the-Rhine, and the Civil War photography talk at Memorial Hall. This event is putting feet on the street, making photography in museums and galleries very accessible, and spreading the reputation of our city worldwide.

High Art-Diner en Couleur en Plein Air with Nearby
...Pam Kravetz and Friends on top of the Weston Art Gallery on Walnut

A surprise people-powered installation in which we were invited to show up in head-to-toe color to create a temporary work of art for people viewing our installation from the Carew Tower Observation Deck. We also surprised the guests staying at 21C who took photos and danced with us through their room windows. They probably thought this was part of the hotel's art offerings. To access the rooftop, we had to do some climbing, but we brought a picnic for sustenance. The highlight of my arts experiences in 2014. More of this please!

Followed immediately by another event I am not allowed to describe or discuss, but this is it.

These brilliant young people made it simple and irresistible for anyone to experience making music, the magic of creating together.  And Radiate travels around the city. NEW.

Thirteen artists created Flying Pig artwork which we wheat-pasted all along the route for runners and visitors. This was way more work than we expected—and super joyous fun.

My first year with a full frontal pass—which just means I can go to everything in the Festival, so day after day of theatre-plus. This is another event that puts Cincinnati on the map with artists and theatre-types all over the world, and introduced many to Over-the-Rhine long before it became the craziness it is today. 2014 was Eric Vosmeier's last year as producer, so here's hoping the quality and artist-focused nature of the event stays the same in 2015 and beyond.

Art of Food - The Carnegie

Yet another Pam Kravetz production - and one that NO ONE SHOULD MISS. Opening night is always over-the-top with Pam and her friends in costume creating a visual spectacle—a wonderland, indeed.

In which people and art take over parking spots. So much more fun than looking at cars.

Pones Inc often provides memorable moments—but this was standout. In the midst of an interactive performance on Fountain Square, the Pones dancers were joined by these guys. What happened next....was extremely *happy*.

How else do you move the kitchen items across the street? Impossible to produce without playful friends.

What do YOU do with your leftover chalk?

Every year there is more art and artists and interactive art and music at this neighborhood festival— it just gets better and better.

Spotting and collecting Yeti streetart is a game for some of his fans. I'm one of 'em.

Posted by margyartgrrl at 9:30 AM