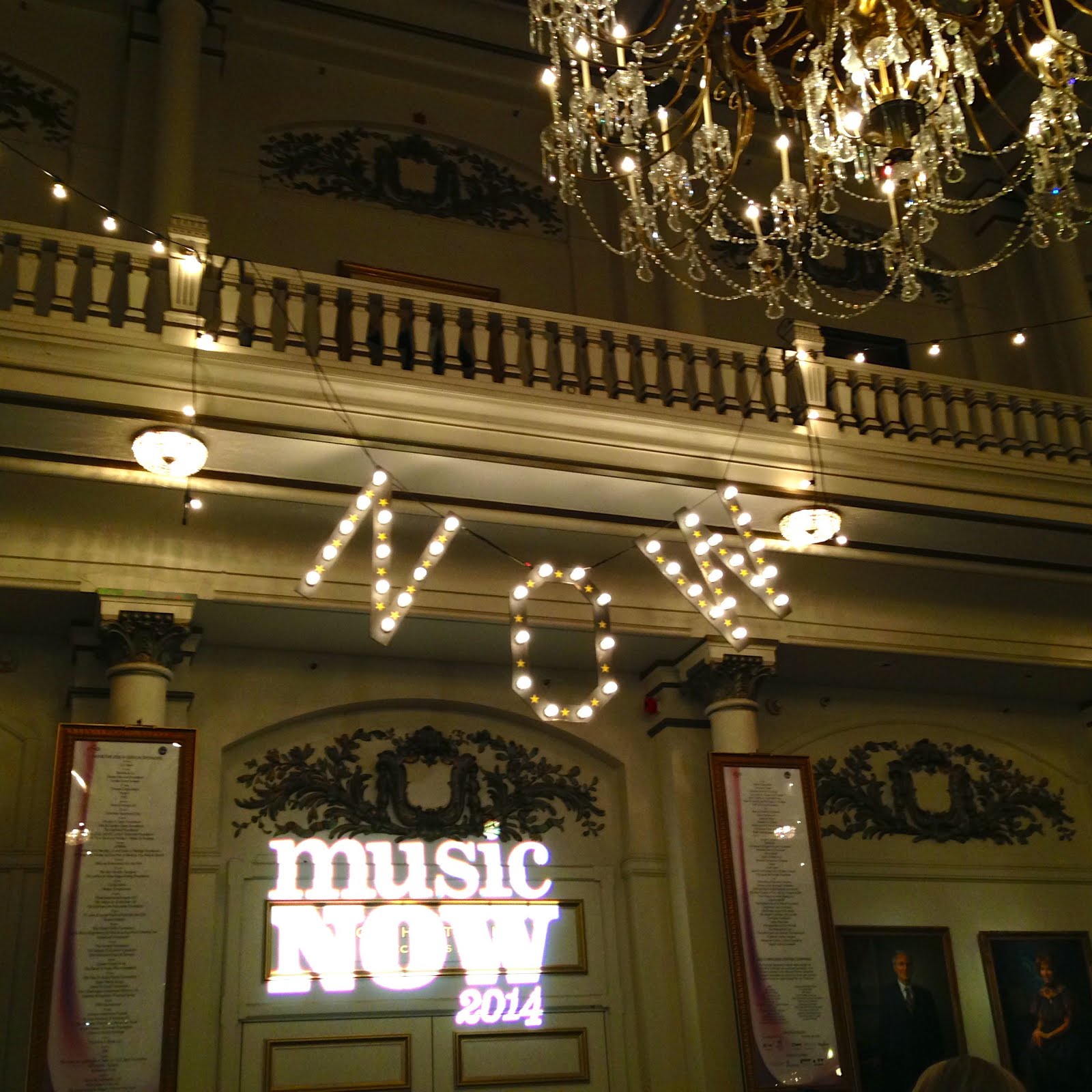 It’s just music, says the music director of the orchestra in Cincinnati, the adorable, dancing-while-he-conducts, Louis Langree. At the same time, he says: Forget the rules.

This is not classical, not rock.

This is what’s happening here. The orchestra and the indie-rock music festival, Music Now, are collaborating. And the result is electric.

The artistic director of MusicNow Festival is Bryce Dressner. Also cute. He’s from Cincinnati and with his twin brother, Aaron, he’s part of a band you might know, The National. Bryce brought the new music festival to his hometown in 2006. He says the festival likes to play with artists who like to say “yes.” This year, the Cincinnati Symphony Orchestra said yes. And….wow.

Some of the stuff they’re doing, sort of in the order that we noticed.

Paying for art about the festival and wheat pasting it on buildings all over town. Not so surprising for a rock music festival - but pretty awesome for any orchestra. 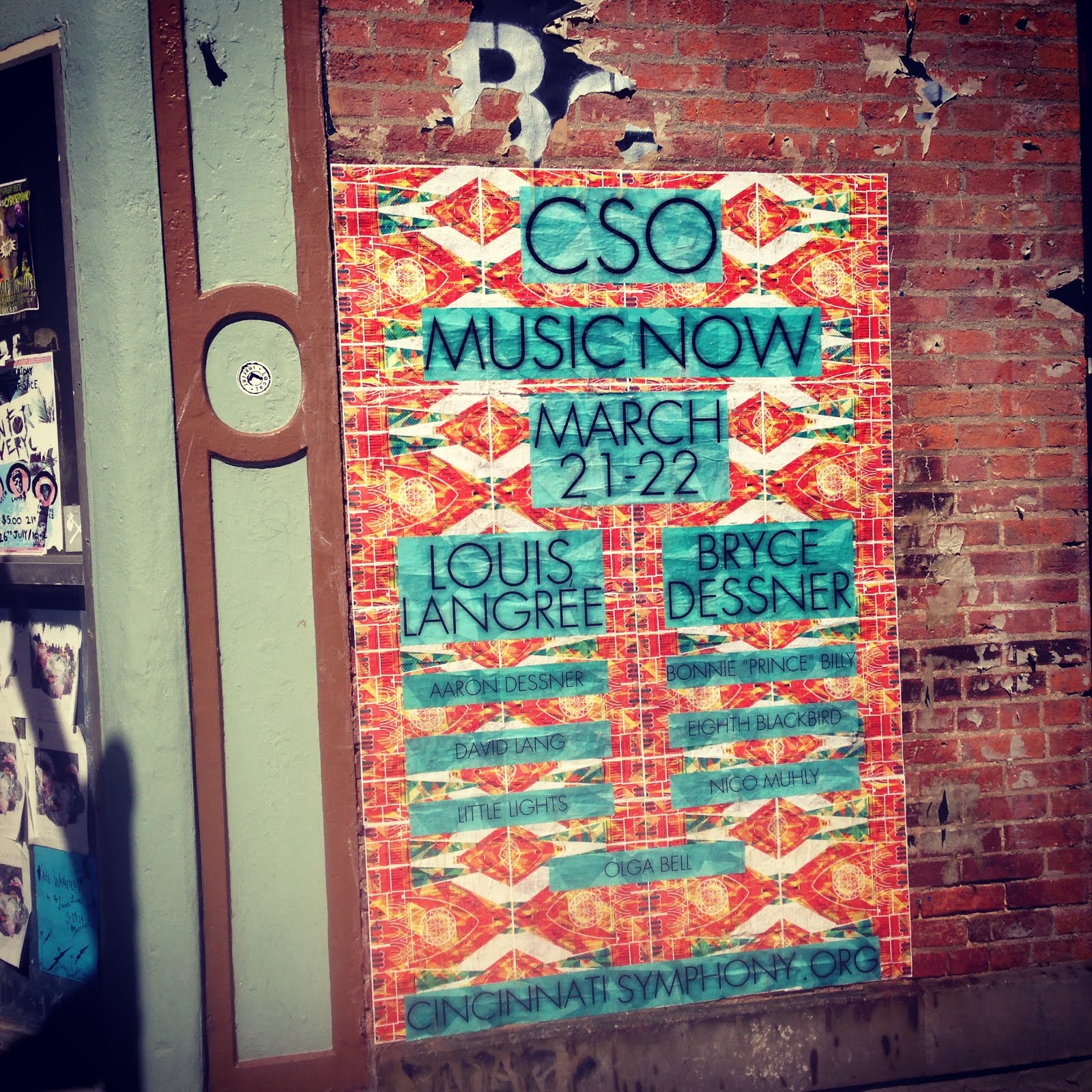 Creating a second beautiful, eye-catching poster for store windows and such.


Inviting musicians to play in the lobby before the shows on both festival nights - it’s a party, not a stuffy see-and-be-seen.

Encouraging the audience to bring drinks into orchestra hall - #newrules. 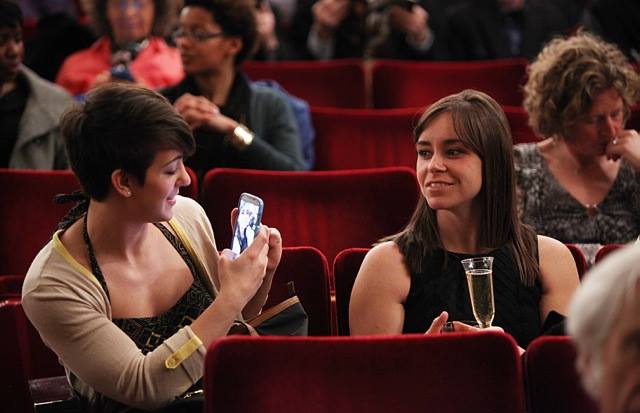 Telling the players in the orchestra to dress caj: all black, no jackets, no tails.

Playing the new music for orchestra and chamber ensemble of rock artists like Bryce Dressner of The National and Jonny Greenwood of Radiohead.

Putting the Dressner brothers on stage with orchestra and electric guitars. 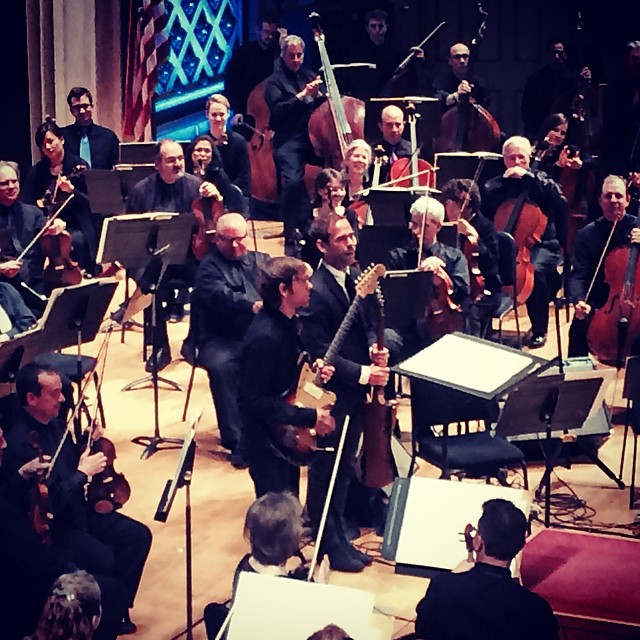 
Turning a pre-concert talk into a brilliant, not-boring-at-all, mini-recital including a hilarious to watch, four-hands on one piano piece by Lisa Kaplan of eighth blackbird -- the players (Nico Muhly with Lisa) were laughing!

Sending the artists out on stage to chat with the audience -- it was not scripted; it was sweet, personal, riveting.


Adding a surprise intermission mini-concert with ⅗ of The National, the Dressner brothers and their drummer, Bryan Devendorf.


Despite moving Music Now from a 600 seat venue to the largest orchestra hall in the nation this year, that 1870s red-velvet, gold leaf, marble and chandelier-treated cultural icon was filled with people of all ages both nights.
One other moment of magic to mention: Louis Langree walked onto the stage on the second night of the festival carrying huge sheets of the score. He held them up so the audience could see that the score was…complicated! Looks like an EKG, he said. Then he started handing the copies to people in the front row, asking them to take a look and pass them on.

After the concert, we learned this was NOT a PRish idea of the CSO communications staff. (Admittedly, that's what we thought - even as we were admiring how well it worked.) Nope. Ten minutes before he was set to walk onstage, Louis approached the orchestra’s librarian and said: I have an idea. She said she crossed her fingers so that the copier would warm up fast. It was close. We LOVE this! 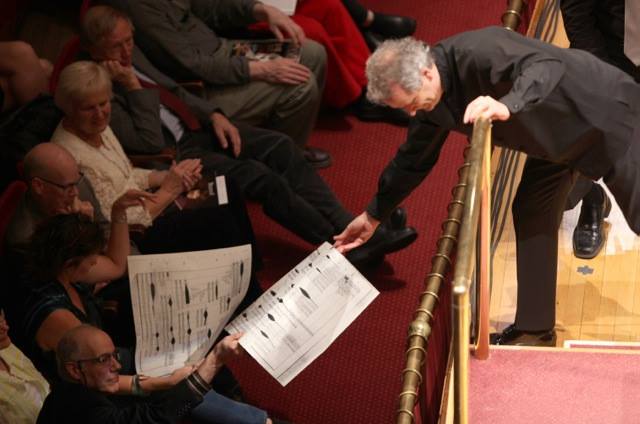 David Lang - the prize-winning new music composer with a world premiere commissioned piece performed on the second night of the festival - said what we were thinking:


The CSO has commissioned work before - notably Fanfare for the Common Man by the American composer Aaron Copland over 70 years ago. Lang said, this orchestra shaped contemporary american music with these commissions and its sound.


Today, whatever might be happening with orchestras in other places, Cincinnati’s music peeps are doing something that someone is likely to be talking about seventy years from now. In the near term, expect to see more visitors in town for this classical team.

The Cincinnati Symphony Orchestra is a one hot band.


Posted by margyartgrrl at 3:37 PM